Gypsy Den café changes its name out of respect for Romani people, who find ‘G-word’ offensive

Inside Monaco: The ultimate playground for the rich

Suffering of the Hmong Highlighted During Captive Nations Summit

Tunisia’s Essebsi, leading figure in shift to democracy, dies at 92

Botswana puts young people at the centre of its AIDS response

The limits to French grandeur in the Indo-Pacific

Members of European Parliament urge Trump to intervene in Balochistan

Mexico to help create 20,000 jobs in Honduras to curb migration

From Benin to Canada: An incredible chain of events

“A Pattern of Executions in Rural Areas” of Nicaragua

Is India Preparing To Unleash “Weapons Of Mass Migration” In Kashmir?

In Burundi, fears that next year’s vote will be bloody again

Khalistan struggle is indigenous India needs to change its perception

Khalistan Is A Pro-Sikh, Not “Pro-Pakistan”, Movement

Romania Says It Blocked A Russian Arms Shipment To Serbia

Dialogue in Barbados: will it yield results?

Where are the Native American doctors? Oregon med school tries to solve crisis

Call to respect Adivasi value for coexistence with wildlife

Scholar Alpa Shah on her book Nightmarch, Adivasi society, and how the Maoist promise fell apart

We must wake up and, together, take positive action

Photographs of ‘Climbing Cholitas’, the Aymara indigenous women who are breaking stereotypes

Native American women keep disappearing. Here are 4 of their stories.

7 States Step Up Efforts To Fight Violence Against Indigenous Women

Complaint lodged against judge who made ‘offensive’, ‘discriminatory’ comments to Aboriginal defendants

New leader of Yezidis sworn in

After Defeat of ISIS, Iraq’s Christians and Yazidis Adjust to Uneasy Peace

Plans for Kurdistan Region railway network get into gear

US looks to Greece for more military rotations in Mediterranean

More than two million hectares on fire in Siberia, with turndra on fire destroying the permafrost

Left Behind in Russia’s Far East

Dominica Directs $26 Million From Citizenship by Investment Funds Towards Education

Saharan rocker Moctar expands on his roots in Tuareg tradition

Despite China’s denials, its treatment of the Uyghurs should be called what it is: cultural genocide

High-Tech Repression of the Uyghurs: What Democratic States Can Do

In Guinea-Bissau, breaking a vicious cycle

How Eduardo Chillida carved out a place for himself

Hatari Pro-Palestine Protest to be Cut from Eurovision DVD

Beijing suggests it could mobilize troops in Hong Kong if necessary

China warns of war in case of move toward Taiwan independence

Ex-Chinese premier Li Peng: One of Tibet and Beijing mass murderers dies at 90

Myanmar Fails to Convince Rohingya It Is Safe to Return

How the rumour mill ‘killed off’ Turkmenistan’s president

Singapore Is Spending Big to Future-Proof Its Slowing Economy

In 21st century, threats ‘from all sides’ for Latin America’s original languages

Why Is The Cherokee Language In A State Of Emergency?

Molly of Denali and the Power of Indigenous Representation

Lost language of the Susquehannocks: Do you know what Codorus means? How about Accomac?

Berber language heard but not seen in Siwa Oasis

Catalonia ahead of Madrid in attracting foreign investment

Catalonia in the heart of Madrid: Blanquerna Cultural Center and Bookstore

Three universities in Japan with Catalan as subject

Last survivors remember Battle of the Ebre 81 years on

How this quiet region in Guatemala became the epicenter of migration

A big day for Boris … and the Yes movement

Tuvalu on high alert for dengue

Of native tongues vanished & in peril

Sámi language version of Frozen 2 in the works

‘I want Sindhis to not be embarrassed about their language’

Work has begun to add Gaelic to language app Duolingo

Peruvian court rules in language of the Incas

With half of Somaliland children not in school, UNICEF and partners launch education access programme

Flexible Stagnation: How Lukashenka Has Held On To Power For 25 Years In Belarus

Shunned by West and Wary of Russia, Belarus Gets Help From China

Tehran courts Kurds as Washington amps up rhetoric against Iran

Turkey Kicked Out of F-35 program

Grenada: Spice Of The Caribbean

When men hit the moon, a region lost its place on Earth

A letter praising ‘counter-terrorism’ program in Xinjiang from 37 countries

‘Stain of the century’: US denounces China’s treatment of Uighurs

Extradition and independence: What’s behind the continued protests in Hong Kong

‘Triad’ Thugs Use Clubs to Punish Hong Kong’s Pro-Democracy Protesters. But That’s Not Gonna Stop Them.

Russia prosecutes for mentioning the Mejlis, but not for hate speech against Crimean Tatars

Russia plans to issue 5,000 passports a day to Donbas residents

The End of Nuclear Arms Control? Implications for the Nordic Region

Russia Is Perfecting the Art of Crushing Uprisings Against Authoritarian Regimes

Oil and gas is Timor-Leste’s ticket to prosperity. Is this impoverished nation blowing its one chance?

Parts of the Marshall Islands are more radioactive than Chernobyl and Fukushima, study finds

Inside the fabulous life of the royal family of Monaco

Transnistria: ‘Freezing’ as the Lesser Evil

Amazigh communities and migrants are discriminated against in Morocco, UN expert

A quiet conflict is raging in Libya’s desertic south

Exporting the problem: Why Andorran women have abortions in Catalonia

Benin readies for return of treasures taken by France

Voice in Exile: The Story of a Tibetan’s Fight for Freedom

Haiti’s government is hurting for cash. It just hired yet another lobbyist in D.C.

Hyperinflation and hunger: Turkmenistan on ‘edge of catastrophe’

Rio Tinto under fire as Mongolia presses for mine deal changes

An emotional return to Irish soil for British Open

Demands for UN to look into rights ‘infringements’ in Spain intensify

Opposition accuses Sánchez of pro-independence alliances ‘against the state’

Podemos: ‘Catalonia deserves Spanish government that listens, not a wall’

Pro-independence JxCat to vote No to Sánchez

Pro-independence ERC extends hand to Sánchez: ‘We are obliged to understand each other’

Sánchez’s presidential bid defeated in first round of votes

For Eritrea’s Christians, government not the solution but the problem

Could Hong Kong Become Another Estonia?

Crimean Tatars: New Wave of Arrests on Charges of Terrorism in Russian Attempt to Silence Activists

New roadmap to finally kick Trident out of an independent Scotland

Why Scotland is BIG ENOUGH to thrive as an independent country

Why Scotland is RICH ENOUGH to thrive as an independent country

Why Scotland is SMART ENOUGH to thrive as an independent country

The World’s Only Traditional Māori Garden Was Made From Memories

Protests flare over construction of telescope in Hawaii

A Mammoth Problem Emerges in Siberia

The pitfalls of making movies in Siberia

How Circassians are reclaiming their roots after 100 years of suppression

Activist and journalist arrested and ‘tortured’ in Ingushetia

Denouncing Relatives In Chechnya: ‘If Someone Kills Him, We Won’t Mind’

Russia: 10 years since the killing of Chechen human rights defender Natalia Estemirova, no justice in sight

The Only Way to End Corruption in Laos

EU sanctions Turkey for drilling off the coast of Cyprus

Belarus To Get Money From China To Pay Off Russian Debts

Only Christian KRG minister swears in on Bible burned by ISIS

Is the time ripe for Turkish-Kurdish reconciliation?

Turkey says over 71 alleged PKK fighters ‘neutralized’ since late May

For Montenegro’s Female Journalists, Equality is a Myth

Singapore’s GDP badly misses forecasts, shrinking 3.4% from the prior quarter

Researching Tibet has become more like working on North Korea

Tibetan Nuns Beaten by Chinese Guards For ‘Weeping’ in Detention

Bahrain hit by the hottest weather for June since 1902

A guide to the (several) Catalan independence trials

The radical Benedictine sister who fought for Catalan independence

Record number of passengers fly through Barcelona airport in June 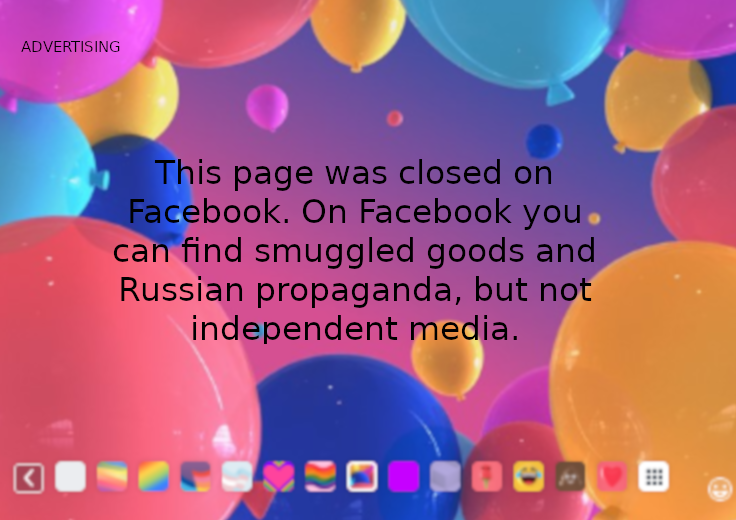